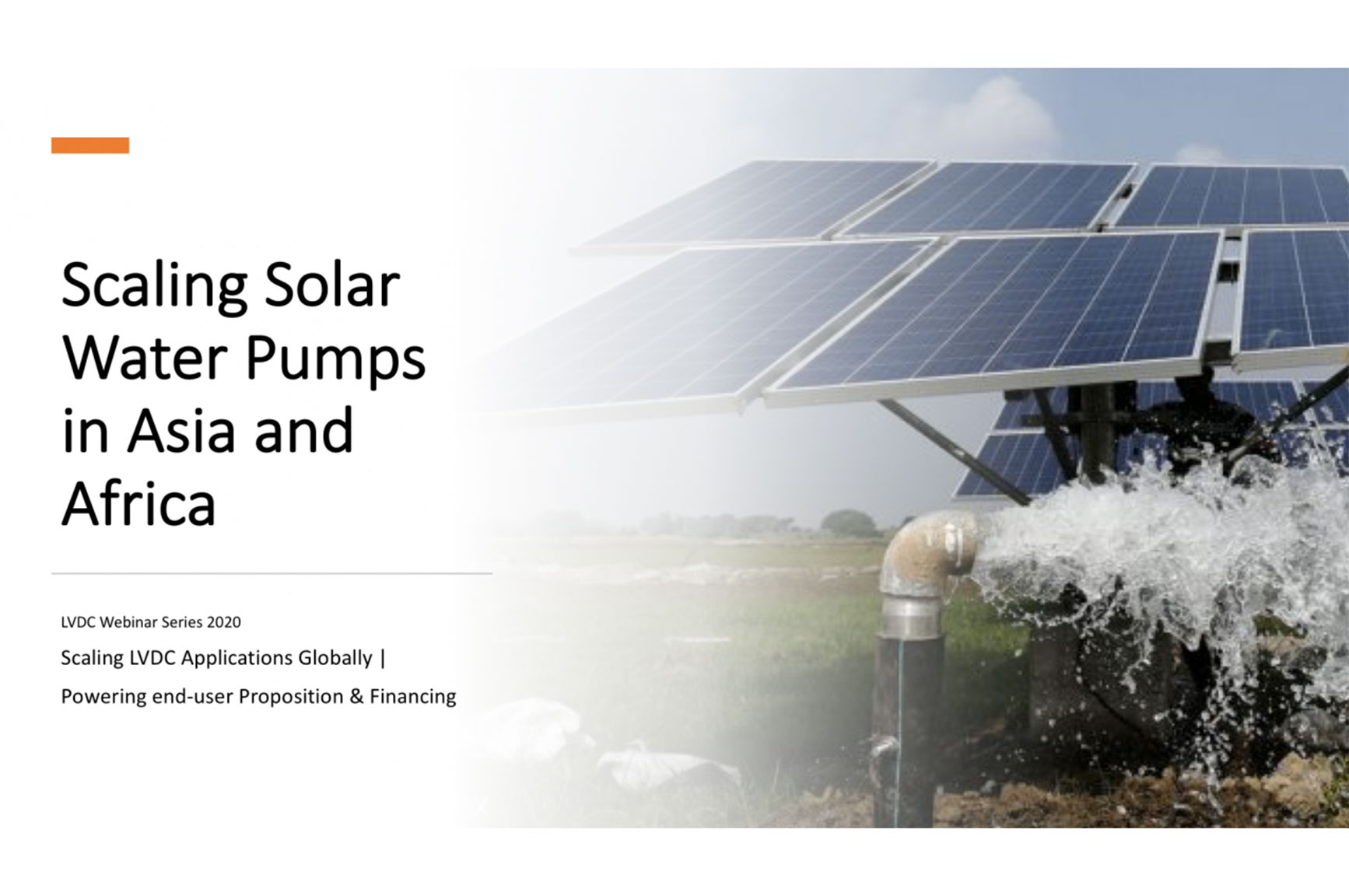 The average yield for maize, a major staple crop in many parts of sub-Saharan Africa is only 2 tons per hectare compared to 8 tons per hectare in America. Many attribute this low agricultural yield to lack of irrigation. Approximately 95% of farmed land in sub- Saharan Africa and 60% of land in South Asia relies solely on unpredictable seasonal rainfall to meet water needs.

Solar Water Pumps (SWPs) have the potential to make modern irrigation accessible and cost-effective for nearly 500 million small-scale farmers worldwide. Solar Water Pump, a clean and modern irrigation technique, has the ability to increase agricultural yields by as much as two to three fold. It expands seasonal growing cycles and mitigates periods of low or irregular rainfall. Interviews in India showed an increase in a farmer’s profitability of up to 50% with the use of a SWP.

Assessing its immense potential for productive use and agricultural productivity, leading global organisations have included SWPs in their near term technologies of focus. Under the ambitious PM-Kusum scheme, Indian government plans to install 2.75 million SWPs in the country by 2022. Under the KOSAP Programme, World Bank is investing around USD 150 millions to enable under serves counties in Kenya, a country in Eastern Africa, to access modern energy services through off-grid solar including SWPs. Even with the product’s potential and government and global organisations’ backing, uptake of SWPs have still not reached its optimum levels. Number of challenges like behavioural change w.r.t. irrigating farmlands, pump’s high upfront costs, lack of awareness about the product, etc. needs to be addressed to increase uptake of SWP. This webinar aims to bring together industry experts and initiate discussion around these challenges, the methods and approach to combat them and thus open new avenues to a brighter future for SWPs.

The webinar shall focus on the following topics: